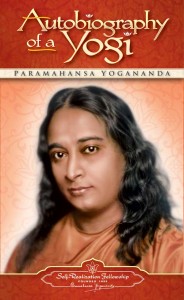 Steve Jobs gifted the attendees at his funeral copies of the book, “Autobiography of a Yogi” by Paramahansa Yogananda

In his final act on Earth, Steve Jobs handed out copies of Yogananda’s Autobiography of a Yogi to guests at his funeral. He wanted to help people become realized by aiding them along their spiritual and life journeys.

Steve Jobs was a complex man, often ruthless in business, and yet very zen at the same time. According to the FBI, he was also an avid jogger.

His most powerful practice may have been mindfulness, a way to quiet the mind for peace, tranquility, for laser-like focus in business, and one that you can also use for better running as well.

In fact, bringing mindfulness to your running practice not only improves your enjoyment of running, but it also sharpens your mind for work and in everything you do in life. Mindfulness can be done sitting in a chair, on a mat, while walking and especially while running.

For when you’re running mindfully, you can leave your distractions behind, and practice the same mindfulness techniques that yogis teach. On top of that, you get in great shape, giving you energy and stamina for the work ahead.

According to news.com.au, the Apple co-founder’s life changed after a visit to India in 1974. When he returned—head shaved, in traditional clothing and espousing the benefits of LSD—he embarked on a lifelong dedication to Zen Buddhism.

He went on long meditation retreats to Tassajara, the first Zen monastery in the US, where he learned to tune in to the activity of his brilliant mind. Job’s Zen practice infused his life so much, a Suzuki disciple, Kobun Chino Otagawa, officiated Jobs’s 1991 wedding.

Tech writer Geoffrey James wrote this week that Jobs used what was formerly seen as rather esoteric “mind technology” to reduce stress, gain clarity and enhance his creativity. 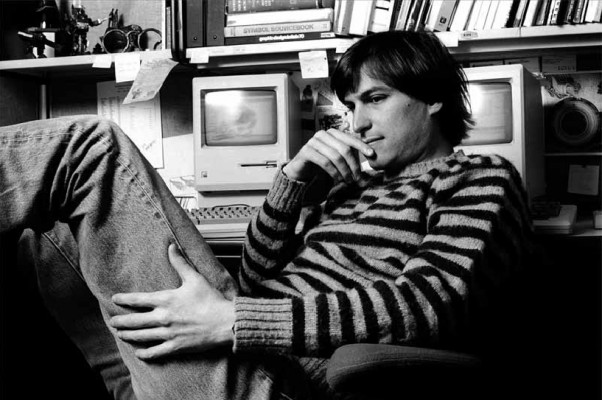 After a life-changing trip to India in 1974, Steve Jobs became well-versed in mindful meditation. Photo Credit: Photo Giddy via flickr

In Walter Isaacson’s 2011 biography of Jobs, he quotes the computer genius as saying:

“If you just sit and observe, you will see how restless your mind is.

If you try to calm it, it only makes it worse, but over time it does calm, and when it does, there’s room to hear more subtle things — that’s when your intuition starts to blossom and you start to see things more clearly and be in the present more.

Your mind just slows down, and you see a tremendous expanse in the moment. You see so much more than you could see before.”

Jobs isn’t alone. Increasingly, corporates are harnessing the benefits of mindfulness, in an age where non-stop digital chatter makes it vital to help our brains focus.

Everyone from tech giants Google and Adobe to big businesses Target, Ford and Goldman Sachs is introducing a mindfulness program.

According to Wired magazine, more than a thousand Googlers have been through mindfulness training. Another 400 or so are on the waiting list and take classes like “Neural Self-Hacking” and “Managing Your Energy” in the meantime.

Then there is the company’s bimonthly series of “mindful lunches,” conducted in complete silence except for the ringing of prayer bells, which began after the Zen monk Thich Nhat Hanh visited in 2011. 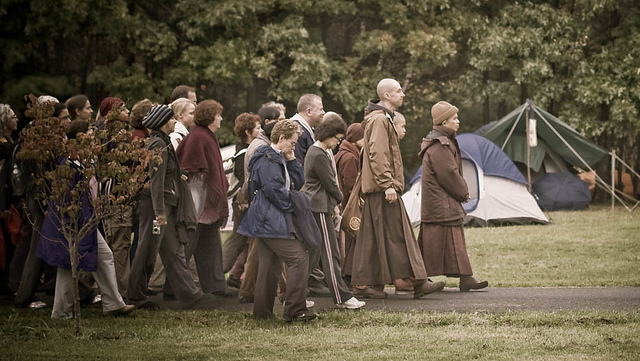 Google even recently built a labyrinth for walking meditations. For those of you unfamiliar with labyrinths, here’s an example below. 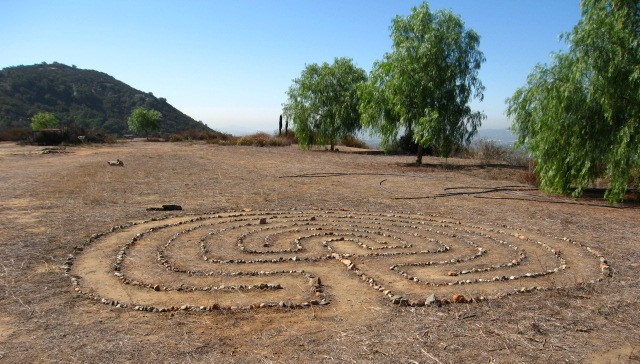 This is an example of a labyrinth that is used for walking meditations.

The co-founders of Twitter and Facebook have made contemplative practices key features of their new enterprises, holding regular in-office meditation sessions and arranging for work routines that maximize mindfulness. Some 1,700 people showed up at a Wisdom 2.0 conference held in San Francisco this winter, with top executives from LinkedIn, Cisco, and Ford featured among the headliners.

This isn’t just about peace or calm, it’s about crystallizing answers in a sea of noise, and it’s advocated by high-achievers from Wall Street bankers to LinkedIn CEO Jeff Weiner, Forbes recently observed.

So how you can use mindfulness to help your business and your life?

Begin by walking or running mindfully, concentrating solely on the breath.

It’s easier than sitting silently on a mat and dealing with the flurry of thoughts that soon follow, as our brains have been hard-wired for eons to walk and to run, while remaining focused and on the alert. Moving mindfully is a safety and survival mechanism. Without a clear mind, not only would you fail to find dinner, but you stood a greater chance of becoming dinner.

And so, we went quiet.

Running and walking mindfully, we use our hard-wired evolution to our advantage.

So to begin, simply focus on your breath, putting one foot in front of the other.

This is one of the first steps in mindfulness and in mindful running.

When you focus on your breath, you anchor your mind, allowing all other thoughts to pass by. The goal isn’t to go thoughtless. Instead, recognize each thought as a bubble gently bobbing its way up from beneath a still pond.  Watch the thought bubble pop at the surface, then go away. Avoid focusing on a thought or trying to unearth new ones.

Put one foot in front of the other, and observe your mind and the emotions that arise.

Thoughts will arise–it’s our nature. But do not focus on them. See them, recognize them, then go back to focusing on your breath.

In the beginning it’s quite challenging. It’s why we have an entire mindful running program on it—for people who want to quiet and sharpen their minds as they exercise. But in the long-run, you’re dramatically strengthening your mental muscles. This helps you see the world more clearly at all times, especially the challenging ones.

Each time a thought comes up and you let it go, you’re learning how to better control the mind, to reduce unwanted chatter, unwanted stress, and to dramatically de-stress your life.

Want to develop a new way of communicating with a computer, or develop your own world-changing iPhone? Then you need a quiet mind, a way to drop extraneous thoughts, and be only where you want your mind to be.

That’s a big secret to Steve Job’s success, and to the Seattle Seahawks, Michael Jordan, and countless other top athletes and execs. By using mindfulness, they strip away the mental chatter, allowing for incredible focus, and for the ideas and movement to flow.

Spring Into Barefoot Running Even Over the Roughest Terrain!
Scroll to top